Born To Be A Rebel…

I must admit the truth…

Not in the “get stupid drunk, snort a bag of cocaine and wrap my car around a tree and teach my parents a lesson” kind of way…

I am a rebel in the sense that I am never satisfied with a status quo. My greatest fear is mediocrity.Being a sheep led to the slaughter.

I am always rocking the boat. It is just my nature. I don’t intend to make people uncomfortable or give them anxiety. It just happens that way.

I believe in consistently raising the bar…

If you aren’t growing you are dying…it’s that simple.

My whole career I have seen people accomplish great things.

Reach amazing goals and then just take it easy. Coast along.

That has always been my greatest nightmare.

When you become content that means it is over.

That is when you become dated and obsolete. A dinosaur.

I remember those trainers when I was younger. Telling stories of what they used to do. Talking about THAT client that last 30 pounds 10 years ago. Watching them operate on auto pilot taking clients through the same boring workout that THEY loved, not noticing that their clients were bored to tears and seeing no progress.

That is my greatest fear…becoming THAT trainer. That fear is what motivates me to come up with new things, new ideas different ways to motivate people.

It doesn’t matter if they are 25 year old pro boxers or 45 year old wives and mothers, I want to make sure that they are always working at their full potential and getting awesome results.

This is much more difficult than most people realize…

You see the fitness business has been around a long time. I have had the great fortune of being involved in this business for over 20 years.

During the last 20 years I have had the privilege of working with many different expert trainers in many different sports and specialized training systems.

My background was in boxing. The old school sweat box hit the bag, run 5 miles a day and jump rope type of gym.

Weights were forbidden. The theory back then was weights made you big and bulky and “muscle bound”.

When I first began as a trainer it was nothing but weights and aerobics.

Only women did cardio classes. Hi-Lo or step aerobics were your only choices.

Powerlifting was only for college football players.

Yoga was for hippies and senior citizens.

Pushups and line drills were for high school gym class.

You picked your training system and you stuck with it. It was that simple. Everyone believed that their way was the only way.

You chose your system and you stuck with it.

If you were a weight lifter and you did an aerobics class or some pushups you were forever ostracized and ridiculed.

So when I started out as a boxer, then started working with body builders I upset some people.I was hired because the owner of the gym was a boxing fan and wanted to help me out. So he and the other trainers taught me every thing they could about lifting heavy and getting big. I knew I had to be knowledgeable if I was going to be a 140 pound boxer training people to get big and strong. So I learned and worked with some awesome trainers. I never trained any Mr. Olympia competitors but I did have some success helping many  people get outstanding results and gaining some outstanding knowledge. 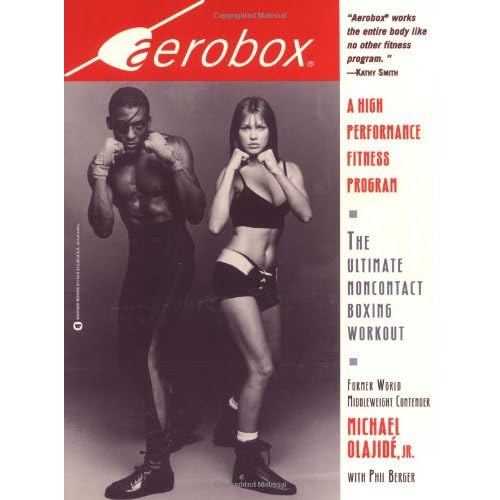 Aerobox, yes it was real.

One door closed and another door opened.

“Enough with these ridiculous polo shirts! If we are fitness trainers why do we have to dress like waiters at Applebee’s?”

As I went through the years I still remained primarily the cliche 3 sets of 8-10, 30 minutes of cardio and clipboard carrying trainer. Not to mention that in the 90’s all the gyms wanted you to wear those stupid polo shirts and khaki shorts. It was horrible. I felt ridiculous.

I was no longer inspired as before.  I always attacked it with enthusiasm but my heart wasn’t in it, I was just making a living. It was just a job. I was just a sheep. A follower. Mediocre and common.

I stayed in the fitness business but actually got away from training for a few years. I decided after a brief period to go back to my first love…Boxing.

I began training some amateur and pro boxers. Experienced some great success and found my original passion once again. I started out at the bottom in small smoky halls and ended up in huge arenas in Vegas,Berlin and Budapest. It was rewarding having top 10 ranked professionals and a world champion.

When I decided to take a more limited role in the boxing game I had the idea to turn the skill of boxing into a personal training program. My idea was met with some doubts and criticism but I decided to launch it anyway. I will admit I was skeptical at first, especially with the failure I experienced with AeroBox. What I learned from that experience is that Aerobics instructors trying to water down a sport and set it to 16 count music is a formula for disaster. I wanted this to be REAL Boxing. Hitting the mitts, hitting the bag. Learning to slip punches and counter-punch. I really honestly believed that if people ever experienced that feeling of adrenaline and confidence they would definitely be back for more.

There was some skepticism that people would actually pay to learn how to box if they never had  plans to compete in the sport. Being the rebel that I am, I ignored the critics held my breath and jumped in head first. The results would be my vindication…

Well I am happy to say that BDJ Boxing For Fitness has been a huge success ever since it began. The results have been amazing. I have seen some major transformations in the people I have trained, anywhere from 10 pounds to 60 pounds!

People started telling their friends and coworkers how sore they were and how much fun they were having working out. The conditioning drills I was using at the end of my sessions were just as popular as the boxing. Members were crowding around the doorway just to watch people workout. Soon after I took the popular conditioning drills and formatted into an hour training session and boom!!!

small group sessions was a horrible idea. As usual I plodded forward and was happy I did. I have worked with tons of awesome people and even trademarked the system, licensed it to other trainers. The beginning of this year I published an e-book.

If only I had some of my old English teacher’s address, I would send them a copy.

A few of them doubted I would ever do anything but hard time in a correctional facility.

I didn’t intend for this to be a history lesson so I will just make my point.

Sometimes the key to success is never accepting the status quo.

Realize that when you believe you know everything you stop growing.

If you stop learning and stop growing you die. Just that simple.

Be brave, but not reckless. Never fear failure, but when you do take away some knowledge

and apply it to your future successes.

Failure is not losing, failure is simply quitting.

So be a rebel.

You will pay a price.

It won’t be easy but I promise it will be worth it.

When everyone tells you what can’t be done, tell them to stay out of your way while you are doing it.